God has assured me you are targeted.

A few months back, I decided to contact a televangelist – or, perhaps more realistically, probably someone in a mailroom –  via his website. I had seen a particularly ludicrous banner ad displayed on Google, and it seemed fascinating in all the most awful ways. The website it linked to was poorly designed and comprised of semi-coherent promises of abundant wealth and assistance in defeating Satan. This, it has to be admitted, is right up my alley, because if there’s anything that piques my interest, it’s defeating Satan. I submitted my address, adopting the pseudonym Aleister Crowley (I thought the likelihood of someone on the other end being familiar with English occultists was slim), and waited for a reply. Following are the items I’ve received so far. 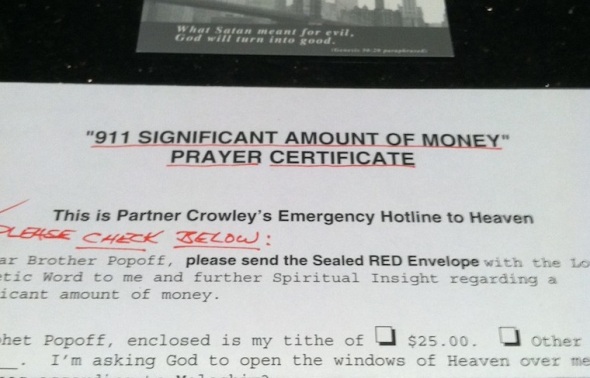 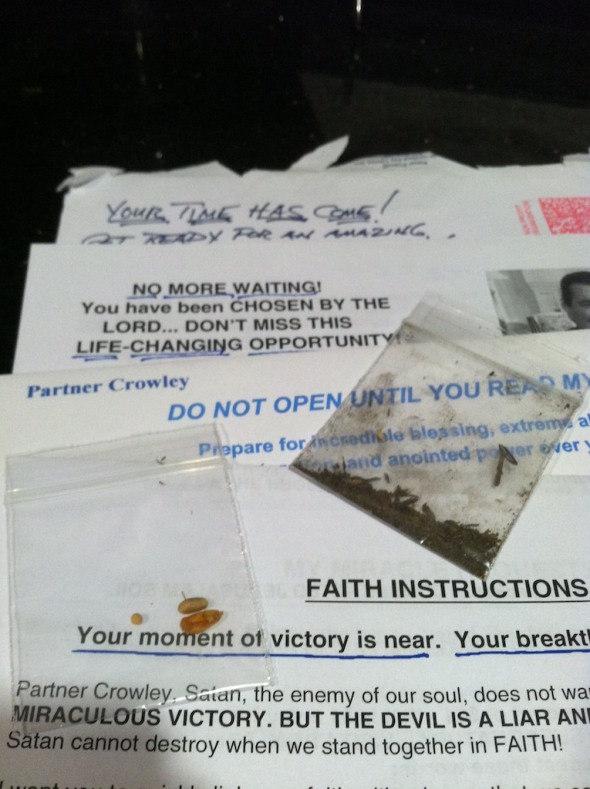 BUT THE DEVIL IS A LIAR 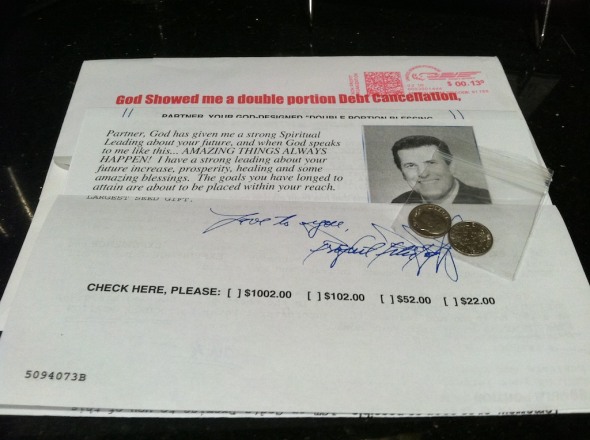 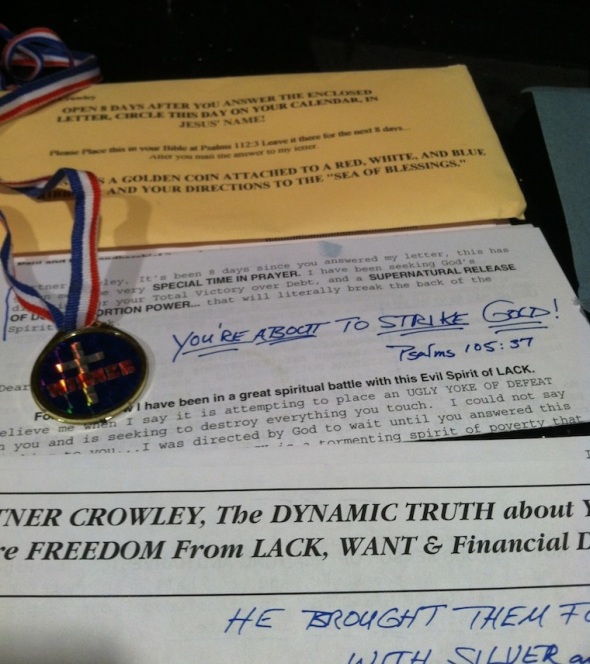 YOU'RE ABOUT TO STRIKE GOLD! 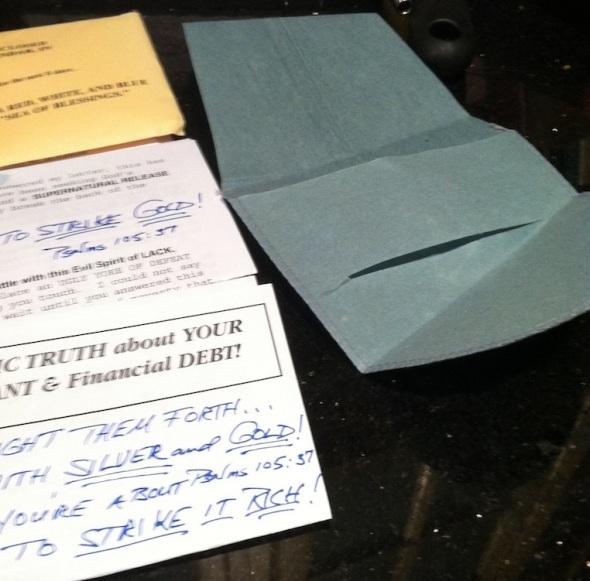 One slipper, meant to be worn as one stands atop one's Bible.

God has assured me you are targeted for a BREAKTHROUGH...

To date, I have received:

To date, I have returned:

18 Mar This entry was written by Michael and published on March 18, 2012 at 11:38 pm. It’s filed under Uncategorized and tagged Crowley, defeating satan, Jerusalem, magic items, televangelists. Bookmark the permalink. Follow any comments here with the RSS feed for this post.